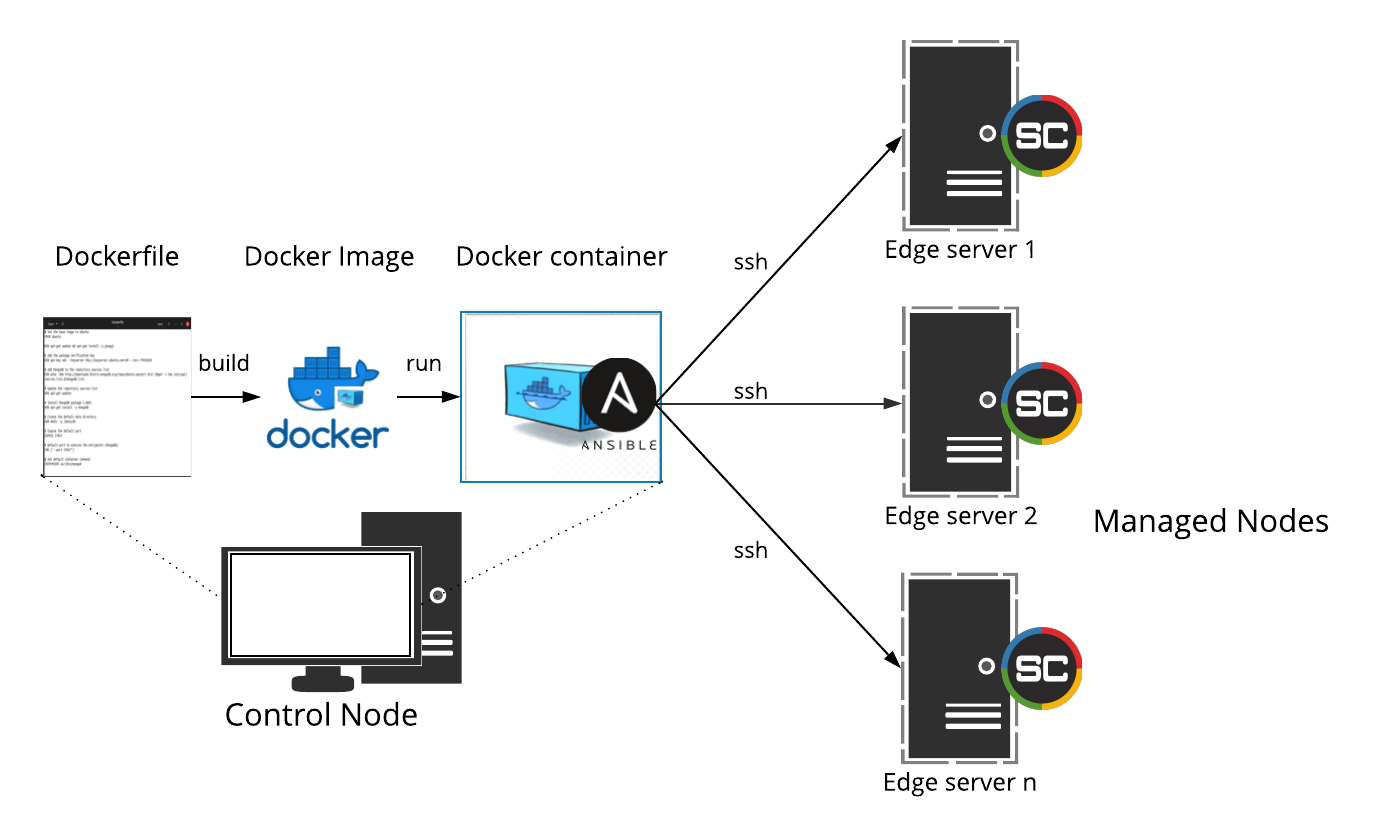 Now it’s time to clone or copy the repository to the Control Node. Typically we would clone it to our local PC, and to clone the repo using git, you need to have it installed:

If you don’t have git-lfs installed, use this guide for instructions.

To clone the repo, now you can simply run:

For local testing, first find the docker network IP, which allows communication between the container and the host. You can get the docker0 network ip by running:

Now edit the inventory file production according to:

2.5. 5. Run the recipes from the Docker container¶

To build the Docker Image, you need to have docker installed on your Control Node, see info here.

We have put at your disposal a Dockerfile and a shell script ansible_helper.sh to make the process smooth. First, build the docker image:

Now you can use the shell script to install python on the destination node:

Finally install everything and run the Docker Image by executing:

If you don’t want to use the shell script, you can check the Docker README.